TheChurch of St. Michael the Archangel was built at the turn of the 17th and 18th century - the years of construction usually mentioned in literature are 1650 and 1700. Originally it was located in a lower part of the Topoľa village and in 1780 it was taken to its current location. It has a three-room log structure on low foundations of stone with a massive roof in a shape of truncated pyramid that is finished in a single tower. Three bells coming from the church tower are in a masonry church at present. Iconostas from the middle of 18th century has got a four-row architecture. It stands out for its variety of colours. 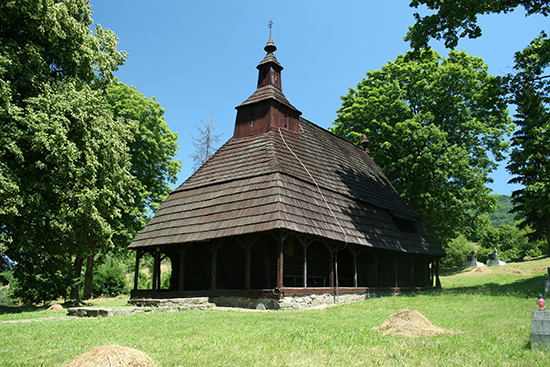