The manor house in Snina is a classicist manor building Sninathat was built as a reconstruction of the previous wooden building in 1781 forthe countess Terézia van Dernáthová. Snina and the manor itself was sold after the countess´ death in 1799 by her sons to Jozef Rhollo, the mining and steel enterpreneur. Rholl also had three statues of Herkuluscast, one of them can be seen at the quadrangle of the manor house up to these days. After Štefan Rholl, who did not have any male descendants, Klára, his daughter, married to a count Teodor Čáki, became heir of the manor house in 1857. The manor house was bought by count Coburg from Belgium in 1865, later count Štefan Ocskay bought it. 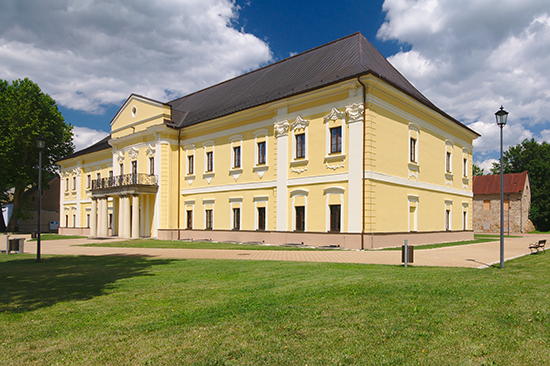