The turquoise lake had been formed in a former stone quarry, where a fossil of 5-metre-long fish had been discovered, and therefore the production was stopped. The stone quarry had been flooded by groundwater and the little lake was formed that reminds us of the Plitvice Lakes by its scenery. The Beňatina Stone Quarry is located in the Sobrance District between the Beňatina and Inovce villages. Limestone with interesting colour can be seen on 10-metre-high cliffs. Its red-and-brown colour is to represent 5 metres high imprint (fossil) of a prehistoric whale that looks as if it threw itself into water. However, majority of people find it an accidentally formed design made of coloured limestone. 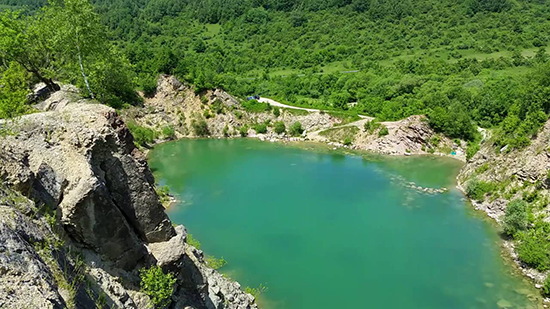