It is the largest water reservoir of drinking water in Slovakia and also the largest source of drinking water in the Central Europe. It is located in the territory of the thePoloniny National Park. To build up this water dam evacuation of the following villages was necessary: Dara, Ostrožnica, Ruské, Smolník, Starina, VeľkáPoľana, Zvala. There is "a carrier" in the middle of the water reservoir, so called funnel, connected with the water reservoir site by long corridors with water discharge piping leading to the Water Treatment Plant in Stakčín. You can see a fish hatchery in a tunnel containing fish discharged to the water dam. There are approximatelly 600 steps there that lead to the observation carrier, the so called funnel. 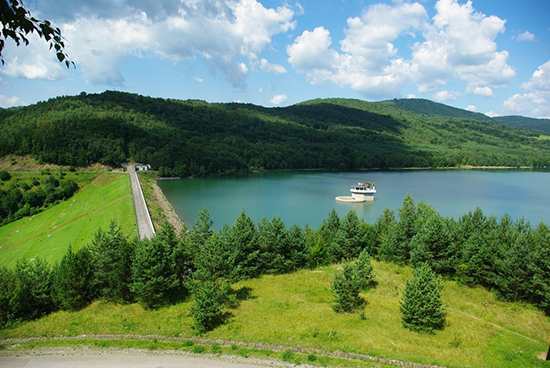