Museum in Zemplínske Hámre was established in a masonry house made of stone from the 19th century, the oldest of buildings there, and it originally provided accomodation for the management of steelworks. From the mid-1800s this building had served as an inn kept by Matyas Wieszberger, the innkeeper. Later it served as a community service house. There are permanent exhibition installations of industrial production and ethnography in the museum, the masonry house of stone, established in cooperation with the Slovak Technical Museum in Košice, the Zemplín Museum in Michalovce and Mining Museum Pro GonzengergwerkSargans in Switzerland. There are also separate expositions in other buildings - exposition of blacksmithing and forging in a forge and exposition of mining works in a mine tunnel gallery replica in a location under stone pit. 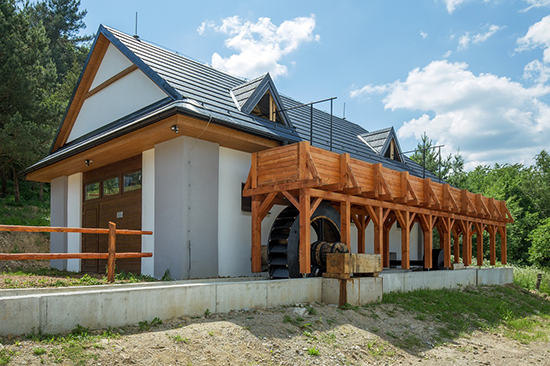